We often hear parents express concerns that the other parent is coaching their child, and want to know how to stop it.  The coaching of a child is one of the most serious problems a child custody lawyer faces.  The effects of coaching a child can last years, and may cause irreparable harm to the “alienated” parent’s relationship with the child. 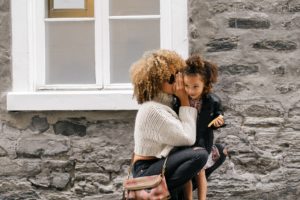 Second, a parent facilitator or a parenting coordinator may be hired to address the concerned parent’s belief that the child is being coached.  These processes permit parents to address their concerns without going to court every time a minor—but important—issue arises.  Most of these professionals possess the ability to identify coaching, but it remains important to be careful in your selection.

Take It To The Judge

Finally, if coaching is identified by a qualified mental health professional, a case may be filed seeking a modification of the current court order.  Child coaching is a very serious issue.  It alienates the parent-child relationship, and can have devastating effects for many years.  Courts have the ability to force the child and coaching parent into counseling.  The goal is to fix both the cause and the effect of coaching.  It is not uncommon for a parent who has been caught coaching their child to be placed on supervised visitation.

A court only has jurisdiction over a child—and thus the ability to try and “fix” the issue—until the child is 18 and graduates from high school.  It is important to keep this in mind when a teenager is being coached.  The faster you can stop your child from being coached, the faster you can resume a normal relationship with that child.

If you have any questions about how much your family law case will cost, please contact the Tadlock Law Office at 214-550-1122 to speak with an experienced attorney who can help you.