Dating During A Divorce Without Children

When children are not involved, dating during a divorce is not as perilous.  However, there are several potential landmines to be aware of.  First, your marriage—which is a relationship—is ending.  By definition, a dating relationship at this point is new and not likely to last long (for several reasons).  If this relationship ends badly, the other person may leave angry and bitter.  It is not uncommon for this person to reach out to your spouse and become an unfriendly witness.  Such a witness can wreak havoc on your case, your credibility and even make false allegations. 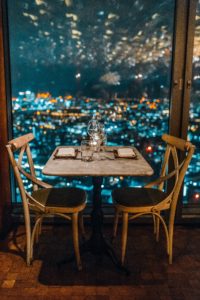 Dating During A Child Custody Case

Starting a new relationship when a court is deciding where a child should live is one of the worst decisions a parent can make.  Courts generally do not like seeing a parent creating instability for a child.  It is also generally recognized that a parent is on their “best behavior” during a child custody case.  As such, when a parent (acting on their “best behavior”) introduces a new person into the children’s lives, it brings instability and a number of unknown factors.

First, it is hard to know if dating relationship is going to last.  If it does not last, the children have to deal with the emotional loss and instability created by the dating parent.  Creating instability and emotional harm to a child is never a good thing, but it can mean the difference between winning and losing in a child custody case.

If you have any questions about your family law case, please contact the Tadlock Law Office at 214-550-1122 to speak with an experienced attorney who can help you.