Not that long ago, a child custody dispute was almost always won by the mother.  Unless the mother was addicted to drugs or abandoned the child, it was very likely she would prevail.  Mothers, it was reasoned, were the parent who raised the children while the husband went to work to support the family.  The mother cooked, cleaned and cared for the children.  She took part in the PTA, soccer, football, birthdays parties, helped with homework, helped with baths and put the kids to bed.  A family law attorney representing the mother had a distinct advantage.

As women began to enter the workforce, it was mothers who sacrificed their careers for the sake of the children.  The courts understood that mothers were the front-line parent.  That being said, some mothers still lost custody of the children. 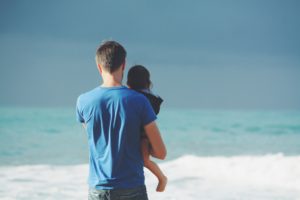 THE ANSWER IS NO LONGER CLEAR

In contested child custody disputes, the biggest factor in who wins custody seems to be based upon the judge.  We have reached a time where the automatic assumption in favor of the mother is gone.  In 2017, the Texas Legislature recently considered legislation where the presumed possession schedule would require each parent to have equal time.  While the bill was defeated, the fact that this issue was seriously debated is important.  This shows that equal parenting was almost the law-of-the-land in Texas.  It also shows that courts are heading in that direction; but not quite there.

What does all of this mean?  First, a child custody dispute is heavily influenced by looking at the status quo of the child.  Then, the court tries to determine if the status quo is working.  If a father has custody of the child, and all is well with the child, then the mother’s chance of winning custody is not good.

Second, a family law attorney will look at whether any recent misconduct justifies changing the status quo.  If a mother who has been the long-term primary care provider for the children is arrested for DWI with the children in the car, then a court will likely weigh that evidence heavily against her in a custody dispute.  If the father has been stable and has a good environment for the children, then the mother’s risk of loss is substantially affected.

An important thing to remember is that custody cases take a long time.  By the time a case gets to a trial, the DWI may be two years old.  With competent counsel, the mother may have rehabilitated her character and regained the court’s trust.  During that time, the father may have engaged in his own misconduct while the case is pending.  Far too often, parents forget that the conduct they exhibit while a case is pending is often far more important than the original misconduct.

In the DWI example, if the father coached the children by telling them that their mother is a drunk and is unfit, then his stock plummets when that evidence is presented in court.  And, if the mother has recovered her credibility, the court will be faced with a difficult decision.

If you are involved in a child custody dispute, or considering filing one, it is important to know your options.  It is also important to know how to prepare for your case, and how to behave during the case.  Many times people will turn to friends and family for advice.  DON’T!  This could be the costliest free advice you have ever received.  You are engaged in a case where you do not know where the booby-traps are placed, so hiring an experienced family law attorney is critical.  Your children are far too important to rely upon anything less than an expert for advice and guidance.

For more information on your child custody dispute, or to schedule a free consultation, call the Tadlock Law Office at 214-550-1122.